Last week my phone buzzed at about eight o’clock in the morning. Sleepily, I thought to myself,  “Oh,  @realDonaldTrump,  I’ll read your tweet right after I hit the snooze button just one more time… give me 5 more minutes, and I’ll be ready for what you have to say!” But I resisted the urge and checked my phone. I’m glad I did.

Someone had tagged me with an article that Milo Yiannopoulos, a self proclaimed flaming gay (my words) British journalist, public speaker, and editor for Breitbart News Network was heading to Memories Pizza in Walkerton, Indiana. Typically this is not something that would grab my attention out of a dead sleep. However, the purpose of this trip immediately woke me from a dead sleep. The title of the article was this: “MILO To Visit Memories Pizza To ‘Apologize On Behalf Of The Normal Gays’.”  In his Facebook post he said, “Gays have gone from having to hide in the closet to one of the most privileged groups in western society.”

I knew I had to go see him that day.

I knew a bit about Milo when he caught my attention right after the shooting at the Orlando gay bar this year. I had watched his press conference when he called on gay people to stop listening to the liberal jargon and media talking points about guns being bad, scary, and evil. He called on them to grab hold of the 2nd Amendment and arm themselves, to which I said, “ABSOLUTELY MILO!” 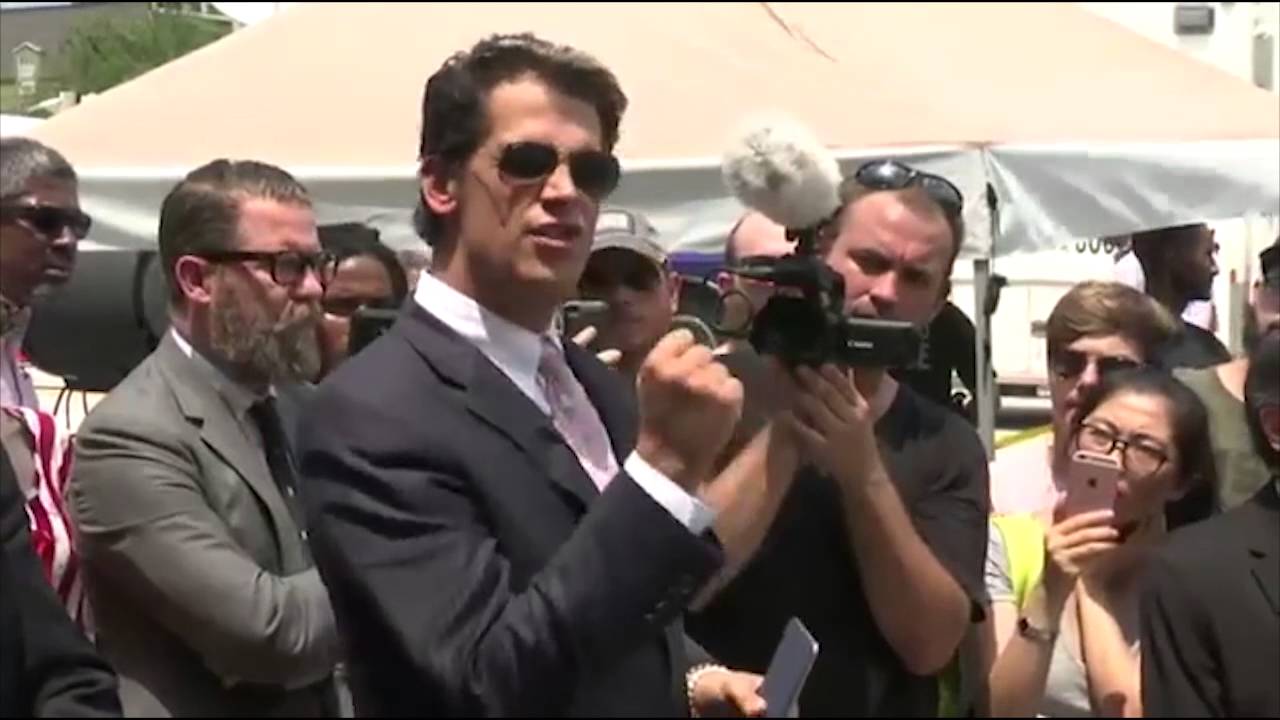 During that press conference, filtering through the mommy-blushing colorful words, I quickly figured out he was a conservative, and I agreed with about 95% of his speech! He actually had the nerve to call out the liberal bullies! My ears were instantly tuned into what he was saying! How could a gay man be interested in the things our founders fought for? I was surprised… shocked actually, because the media said it wasn’t  possible for gay man to believe in liberty, small government, and conservative values. I googled his name and listened to some of his speeches. I’ll not lie. His speeches are raw, raunchy, and a bit much for my conservative Christian ears, but the language of freedom and liberty is woven into about every sentence he speaks.

That is what caught my ears. That is why I had to grab my friend Lynn and make the trip to Walkerton, Indiana to thank him for his courage in standing for liberty.

Memories Pizza was just as I thought it would be, nestled in a small town…just like a post card. When we walked in, we were greeted by a sweet girl who took our order. There were no vampire looking villains with pitchforks and anti-gay signs. They didn’t have a list of people they would not serve behind the desk. They were just simple ordinary people who took my pizza order.

I met Kevin, the owner, a few minutes after we arrived. He had the heart of gold. I asked him to recount the experience of the past year, and my heart broke by the stories he shared about the night Channel 57 began the witch-hunt to let the world know they would not cater pizza to a same-sex wedding. The kicker of the hunt was there was no actual wedding. It was a “what if” scenario. What if a gay couple wanted you to cater their wedding?

They lived through so many threats to their business and family; they had to shut down for a week or so after the story aired.  The threats given to his daughter were absolutely grotesque. He talked about his faith. He doesn’t hate anyone. However, through this huge ordeal, they were very scared. I can’t even imagine it.

How would they survive the attack that just happened to their family?

How would they be able to go on after their reputation was destroyed forever?

Like small town folks do, they survived. The community pulled together. Kevin told us he was comforted daily by the policemen who silently drove past the store multiple times a day to check on them with a wave of encouragement and peace.

When Milo arrived, no one knew what to expect. After the horrific treatment of the past year, what would walk through that door?

What would it be? When he walked in they found a beautiful kind man… a very gay man… pearls and polish adorned. He walked in, purchased pizza for his crew, and asked if he could talk with the owner. His message to Kevin was incredible. He apologized for how they had been treated by the LGBT bully lobby (his words were a bit more colorful than I can write here)! He said, “This is not freedom…this is not America.” He even said he believed the harassment by the LGBT bullies to people of faith is what flipped the election from Hillary to Trump. Christians had enough and united for a common cause. Milo was one of the kindest, most genuine people I have ever met.  Here is a video documenting what happened at that table:

After the meeting I had a chance to sit down and talk with Milo one-on-one in a private meeting.  It was probably the most valuable time I’ve spent in the movement. I asked him as a conservative Christian who has spent the past 14 years lobbying…from his perspective, what are we doing wrong?

We do not hate. Yet we are called bigots, haters and unchristian.

I was very upfront in my introduction of myself. He knew I was a right-wing, Bible thump’n, gun tote’n conservative. I told him I believed what the Bible said about marriage. I half expected the meeting to end at that point! It didn’t. What he said changed everything.

Remember…This, is coming from a gay man…

He said, pizza in hand, as he took a bite, “Monica… Christians and conservatives are too timid. You need to get louder. You need to say what you want and why you want it. You need to be unafraid of your message. You all are too quiet! You need to be bold”  It was as simple as that. He said, and he is right,  young people are leaving the church in droves. So in order to win, we must talk about liberty and freedom. –By the way, that is another blog in and of itself, directed toward church silence and how we can/must change that.

It was an honor to speak to him. I thanked him on behalf of Hoosiers for his courage. He is facing massive hate and attacks from the left, even by those with his sexual orientation! I’m telling you friends, to the left, Liberty truly is the enemy.  I learned many things that day, but I’ve narrowed them down to five. I hope we can take at least two of these and begin to rebuild our nation.

Five things I learned from my conversation with Milo:

To do all these things, we don’t have to change our deeply held values, nor should we.

In fact, the opposite is true. We SHOULD talk about our deeply held values. Because when we talk… we use WORDS, and we reclaim them from the media who tries to twist and reinsert them in our mouths. They are holding our words hostage. It’s time to set them free.

Milo didn’t change any minds or religious doctrines last week when he came to Indiana.  He didn’t need to. The pearls and polish he wore shocked no one. Because the people in that small town room have never hated. They just loved this man. You see truth and love work together. They are not enemies. I have the same Biblical belief that marriage is between one man and one woman.  I believe homosexuality is as much of a sin as adultery, stealing, or lying. Nothing changed by my encounter with Milo last week!  I believe in the saving power of Jesus Christ and that we can be free of ALL sin. I believe sinners act like sinners. As a person of faith, it is my responsibility to share the complete gospel with everyone regardless of their sin. I’m sure glad someone did that for me.

However I believe in liberty, and I will stand hand-in-hand with those who do. The silent pulpit needs to grasp that fact. You CAN have both!

Please note: I reserve the right to delete comments that are offensive or off-topic.

6 thoughts on “Five things I learned from a gay man.”

My name is Monica Boyer. For the past 13 years, I've committed my life to fighting for conservative values in the local, state and national public policy spectrum. My husband Brian and I are raising four children. We live in a small town in the heartland of Indiana with our Great Dane, Sadie.

Narrow it down ~ Blog Categories